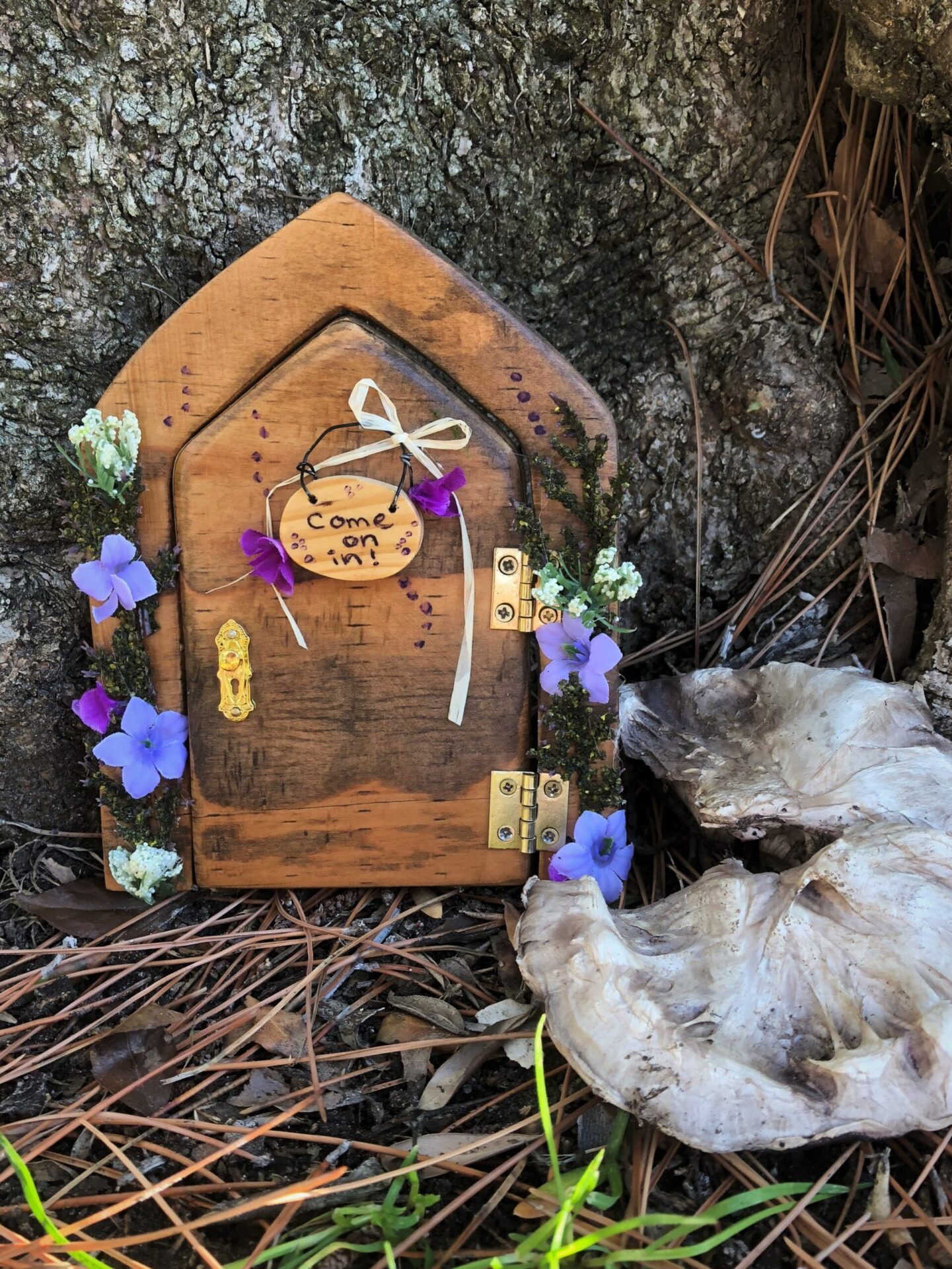 Here is Part 2 in the Secret Fairy Door story! A fun tale about the many different doors that our Fae friends might use to travel between their fantasy world and our own….

Read Part 2 of the Secret Fairy Door below:

Tabatha dreamt that her Fairies were trying to reach out to her through the clouds. She tried to reach out to them as well, but could not. There was some sort of gap in between them. This gap prevented them from playing together. She repeated this dream in a troubled sleep all night. When she woke the next morning she thought about the Fairy door. The dream made her so anxious. She wanted to be able to play with her friends, and she thought the dream was a sign that they could not reach her. She felt as though there was something in the way, something that she needed to do.

Something wasn’t right. Perhaps the Fairy door was in the wrong place? She had first thought that by placing it outside, the door would give an entrance into her room. Now, as she approached the door outside, she felt as though it was leading the wrong way. She decided that she needed the door to be inside her room and not on the outside of the house. This door did look so lovely though outside, in all of the clover and grass. She decided to leave that door there, and put a different door in her room. Later, she would be able to build one of her spectacular Fairy displays around this outside door.

Of course the new room door should open! She thought that would give the Fairies not only a way in, but also better way of escape. Fairies are flighty that way sometimes. And everyone knows that Pixies can be troublesome! They certainly would need an escape door if they we’re going to be regular visitors.

Tabatha put her new door above the baseboard in her room. She put it between her bed and the closet. Her thought was that there were many things in the closet that would be interesting to the faithful, and they would be close to her as she slept.
She went to sleep believing that it would be a night of complete enchantment in an extended glorious dream!….

Read the final installment of The Secret Fairy Door next week!

If you would like to purchase the Fairy door that Tabatha placed in her room, see the listing in my Etsy shop here. See the photo on the right for a glimpse of this beautiful door.
Please come back again for part three of the Secret Fairy Door. It will be the final part to this tale.